Akrotiri Peninsula is of high environmental significance not only for Cyprus but also for the wider area of the eastern Mediterranean. The wetland complex which comprises the salt lake and Akrotiri marsh was declared as a Wetland of International Importance on 20 March 2003 under the Ramsar Convention. Moreover, the Peninsula was declared an Important Bird Area by Birdlife International and is protected under other international Conventions such as the Bern Convention for the Conservation of European Wildlife and Natural Habitats, the Bonn Convention of Migratory Species of Wild Animals and the Barcelona Convention for the Protection of the Marine Environment and the Coastal Region of the Mediterranean. It has recently been designated a Special Protection Area (SPA) and a Special Area of Conservation (SAC), mirroring the Natura 2000 network in the Sovereign Base Areas. 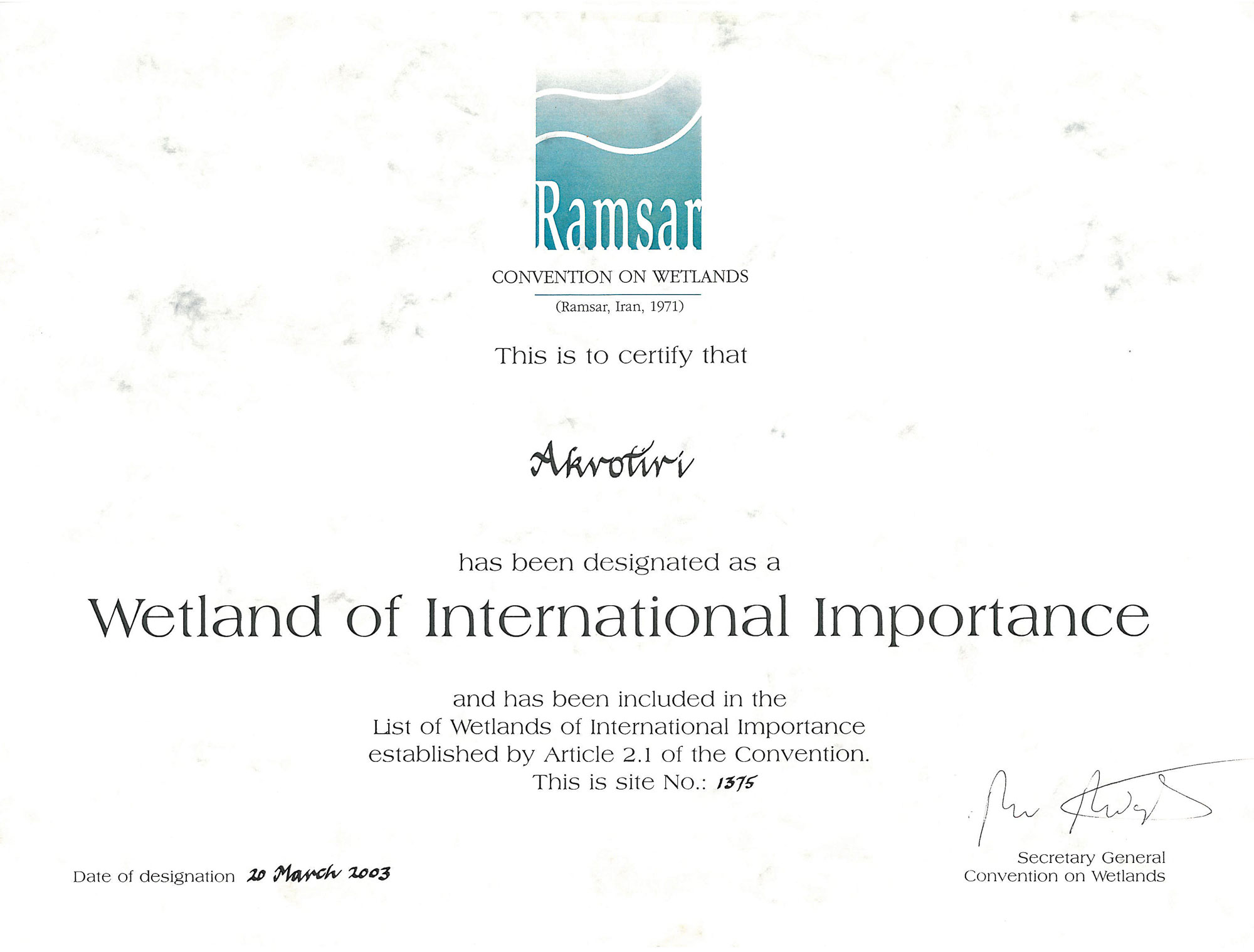