Dubbed Exercise Ahmose, it saw the150 soldiers made up mainly from 2 Royal Anglians C and D-Company, deployed to the desert outside of Alexandria on what was the first high-profile, bilateral exercise between the two countries in decades.

Whilst in Egypt, the Poachers, as they are known, were able to conduct valuable joint training alongside the Egyptians in an effort to strengthen relationships between the two armed forces.

Major Jim Phipps, Officer Commanding, C-Company, who was in Egypt for the duration of the exercise said one of its main aims was to build “our important defence relationship through shared experiences and to confirm and demonstrate our readiness as the Regional Standby Battalion Lead Company Group”.

Now it has concluded, the Battalion can now look back at what was one of the last major undertakings for the troops before they leave the island in August, having completed a two-year tour and head back to Cottesmore in the UK.

Speaking this week, shortly after returning from the desert, Captain Will Pickering explained why Exercise Ahmose proved so useful for the troops that deployed.

He said: “I think the soldiers involved in the exercise got an awful lot out of it and they did a great job. This was an excellent opportunity for a whole company group to deploy on an overseas exercise together and that is not common for Cyprus.

“I would have to say that we achieved everything we set out to do at the beginning of the exercise and in a situation like this, that is what we are always hoping to do.”

He was also quick to point out that the success of the exercise has already proved beneficial for both countries, with more bilateral opportunities now planned.

He continued: “We are hoping to be able to conduct a reciprocal exercise in the UK within the next 18 months if possible and we would like to make this perhaps an annual thing, so we have lots of opportunities to work together in the near future.” 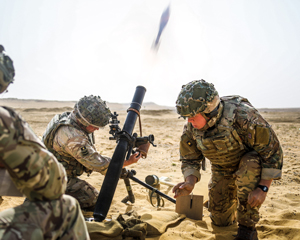 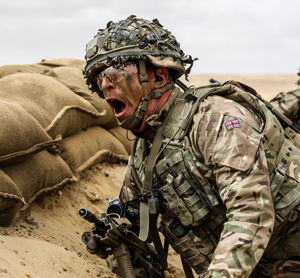 And given this was the first time in decades that the two countries had cooperated on a joint exercise, Capt Pickering was delighted with how the challenges were overcome.

“At the basic level, a soldier is a soldier the world over and they can work together. Of course, the language and working practices are always a challenge at first but they were quickly overcome and we were able to get an awful lot out of the four weeks we spent in Egypt.”

Not only was the exercise well-received by those within the Battalion and the Egyptian Armed Forces, it was also welcomed by political officials working within Egypt.

Geoffrey Adams, the British Ambassador to the country, took to his social media platforms to highlight the importance of Exercise Ahmose to bilateral relations.

He said: “The joint UK-Egypt training, Ahmose is the first bilateral exercise between the countries in 30 years, strengthening the UK’s strategic partnership with Egypt, a country that plays a pivotal role in the region’s security.”
He also called it an “important initiative to exchange experience and equip us to face shared challenges”. He also commented that “working together helps us build a safer, more secure future for all”.

Commander British Forces Cyprus, Major General James Illingworth also visited The Poachers during the exercise and he was quick to say: “It was great to be out on the ground seeing British Forces Cyprus troops from the 2 Royal Anglians working alongside the Egyptian Armed Forces on Exercise Ahmose.”