Before making the announcement at the British base on Monday afternoon, the Defence Secretary and the British High Commissioner, Stephen Lillie, spent time with Mr Angelides in Nicosia in what was described as a “very productive meeting on regional security issues and the bilateral relations on security and Defence”.

This was the first time the new British Defence Secretary had met Mr Angelides since being appointed in May - and when addressing the Cypriot media at a hanger in RAF Akrotiri, she was keen to elaborate on the relationship between the two countries.

She said: “Together we have resolve against all the increasing threats that we face and so it is a really important partnership.”

Refencing the meeting on his Twitter account, Mr Angelides described it as a “very productive meeting today with the Secretary of State for Defence of the UK, Penny Mordaunt”.

His tweet continued: “We held a broad and constructive exchange on regional security issues and our bilateral relations in the fields of security and defence.” 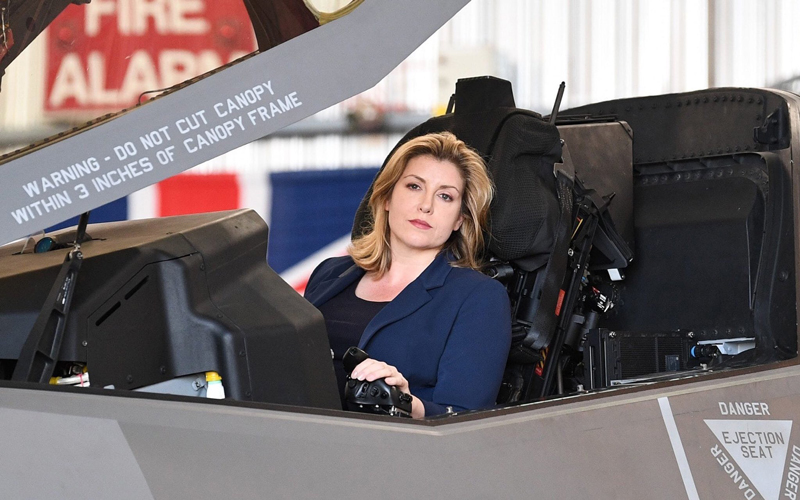 Alongside her meeting with Mr Angelides, the UK Defence Secretary also confirmed that the success of the F-35 jets training in Cyprus - codenamed Exercise Lightning Dawn - had led to them flying their first operational missions against Daesh.

Prior to meeting personnel based in Cyprus as part of the F-35 deployment, she told British and Cypriot media correspondents why the decision had been made.

“We have been doing a proof of concept deployment to see how they (F-35) and those looking after them are going to fair in this environment but they have been doing so well that we have now moved to them doing actual operations, so since the 16 June, they have actually been doing that.”

The aircrafts are due to leave British Forces Cyprus at the end of this month as the training period ends but the Defence Secretary did not rule out any future involvement for F-35’s on operations.

She continued: “You may well see them do that in the future but after this they will be going to join the carrier in autumn.”